Welcome to this website, I very much hope you found this resource centre useful and reliable and we are constantly working hard to provide the most reliable information about our mosques.

The aim of this website Inshallah is to develop a software that will make finding mosques more easy on the web, we are employing better techniques to resolve any inconsistencies in other directories as we have developed an in-house data mining application, basically checks data against other sites, our mosques are sourced from online and offline and we are now working with councils, UK Land Registry Office, UK Charity commission and other organizations to keep our data up-to-date.

The website we have is not just a website, its a cleverly designed application that refines itself overtime, we are still developing the logic code to optimize our data minding algorithms as we learn more and more

A little bit about me, i am from East London and have been working with computers since I was 11, I have a Master in Internet Application Development and welcome any mosques who wish to develop their own website for free, i do not charge mosques, so if you are one, and need a website do email me on info@mosquedirectory.co.uk

I would also like to thank MIB (MuslimsinBritain / Salam Directory / Muslim Directory) as i have used their data resources to develop this directory. They have contributed immensely to the progression of this data, so I am just the new kid on the block.

The aim Inshallah is to optimize the usability and the reliability of data using a more effective software which we are building in-house.

Thank you for visiting the resource centre for locating your nearest Mosque our team hope you will find this service useful. The Mosque directory its concept and development has been the interest of the head of the Team Tahire, after a number of years research it launched in June 2010 attracting a considerable following for which we thank you.

There is currently in excess of 2500 listings and this is growing on a daily basis this is one of the largest web based resources of its kind. We invite those who are responsible for the running of mosques and Prayer rooms to check/submit their listings. Enhanced listings are by arrangement with the site owners.

The Directory team have well established commercial background, its web support are all in house University Master graduates in multiple disciplines. We welcome business proposals or to discuss opportunities and development, equally we can provide bespoke solutions for many web applications.

Video: See a Video of the Masjid 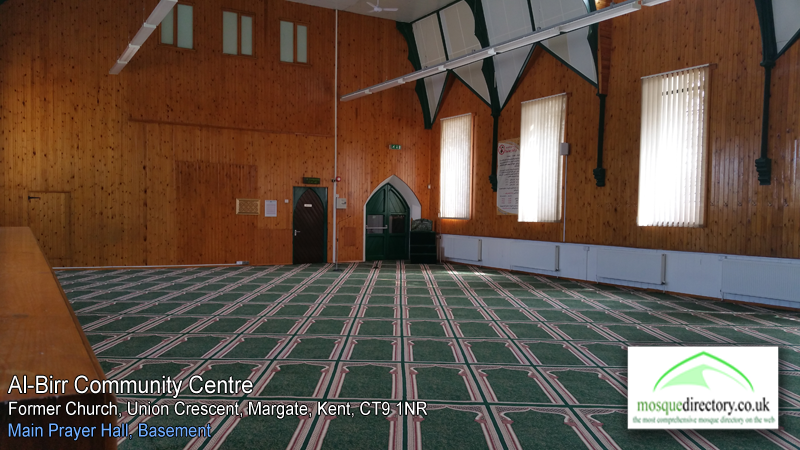 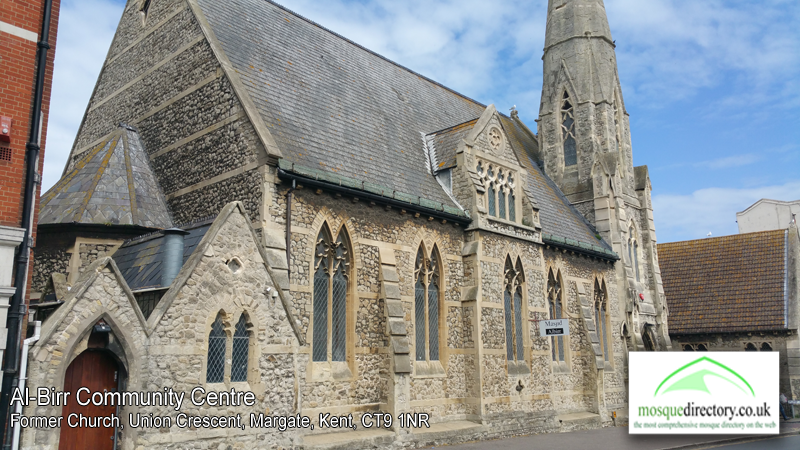 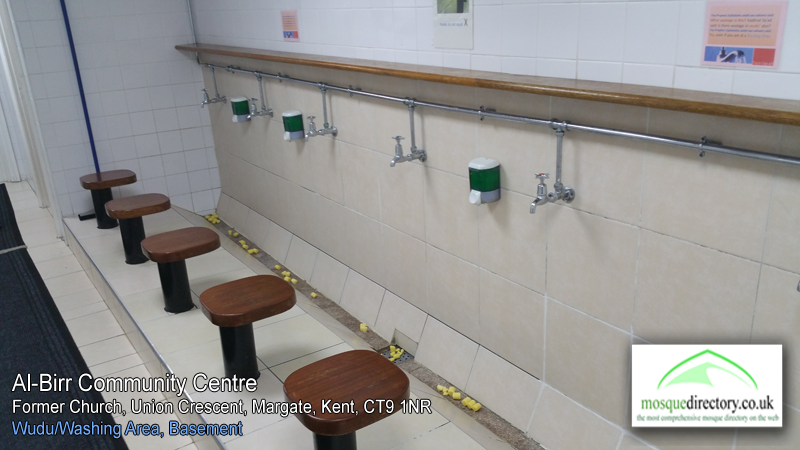 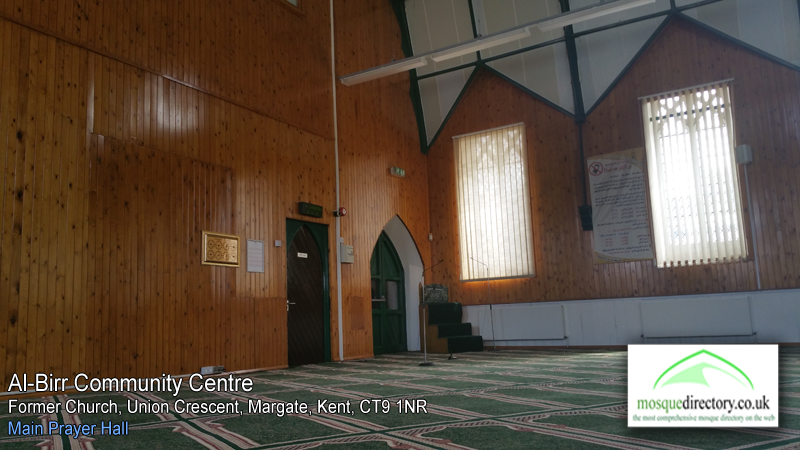 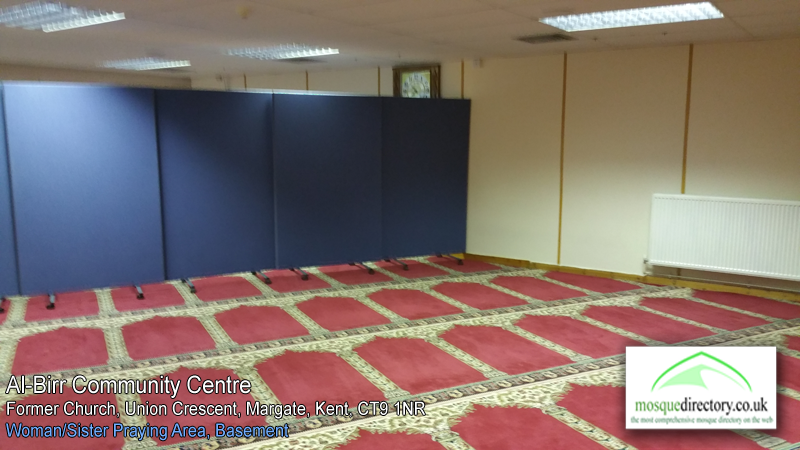 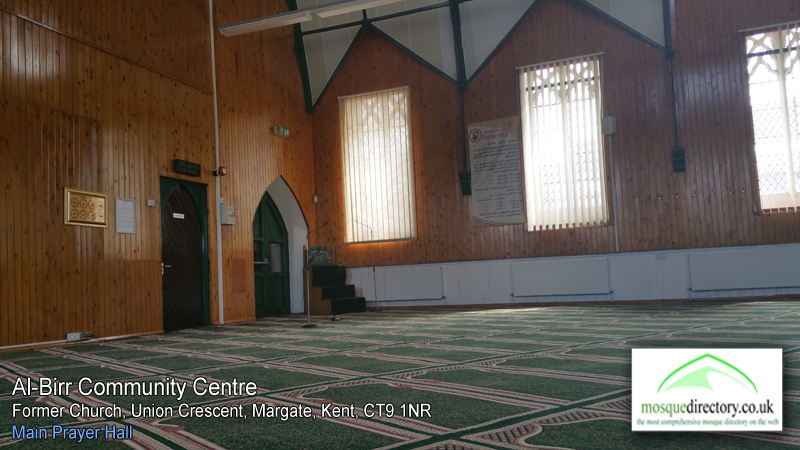 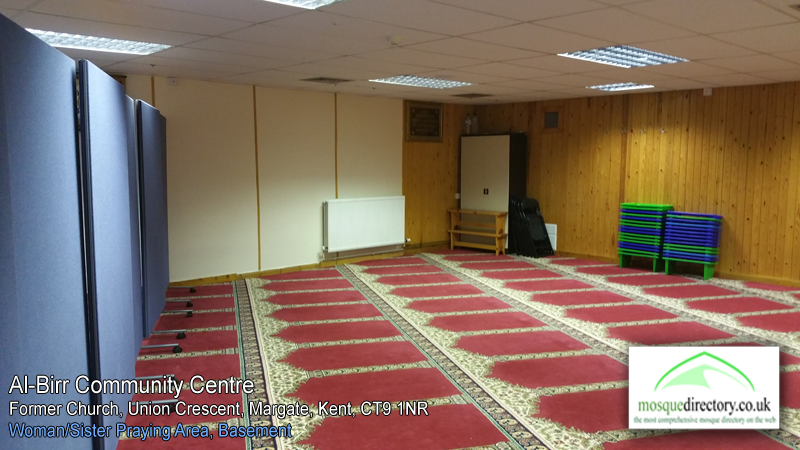 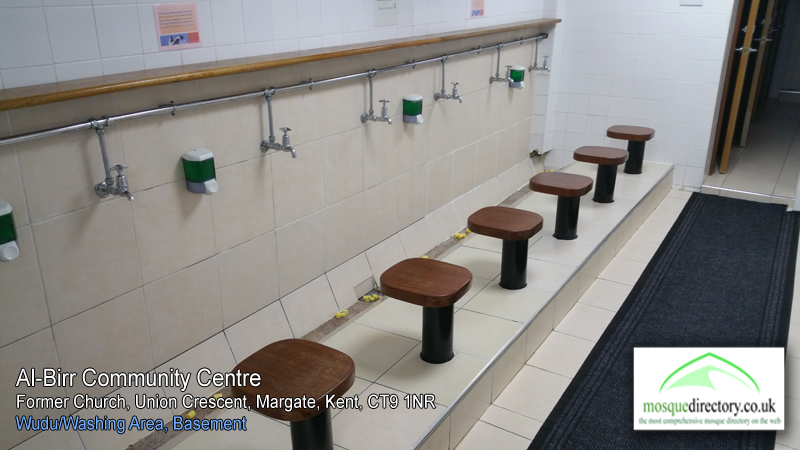 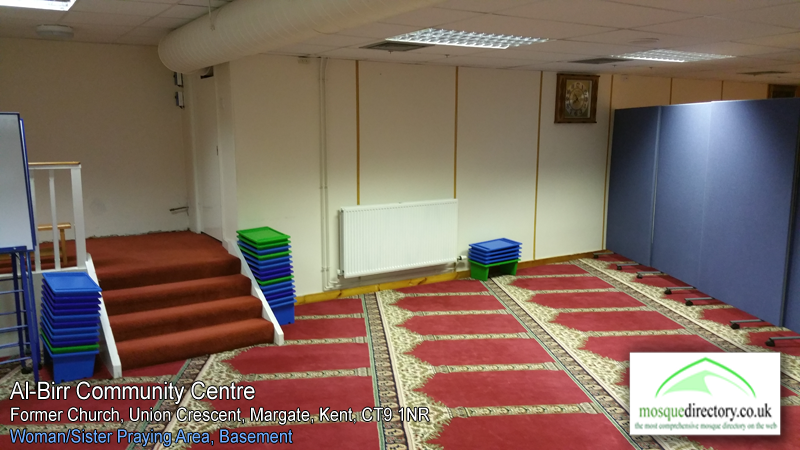 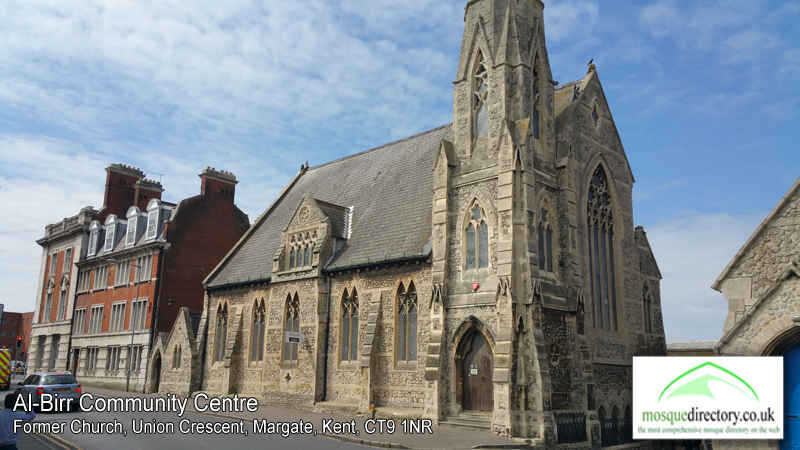 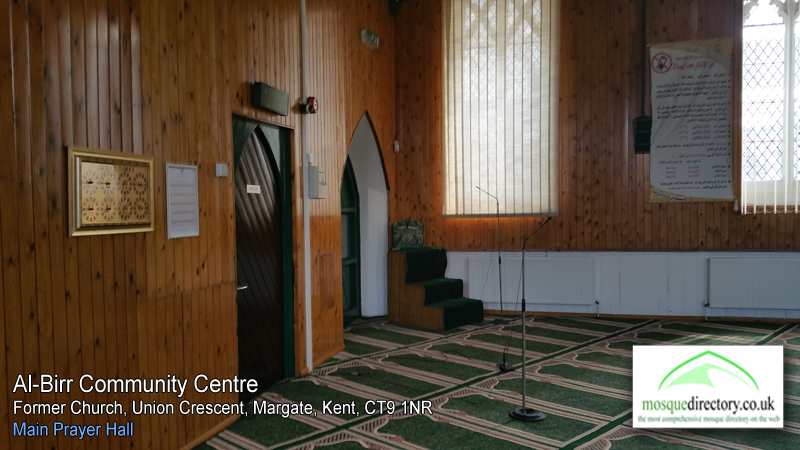 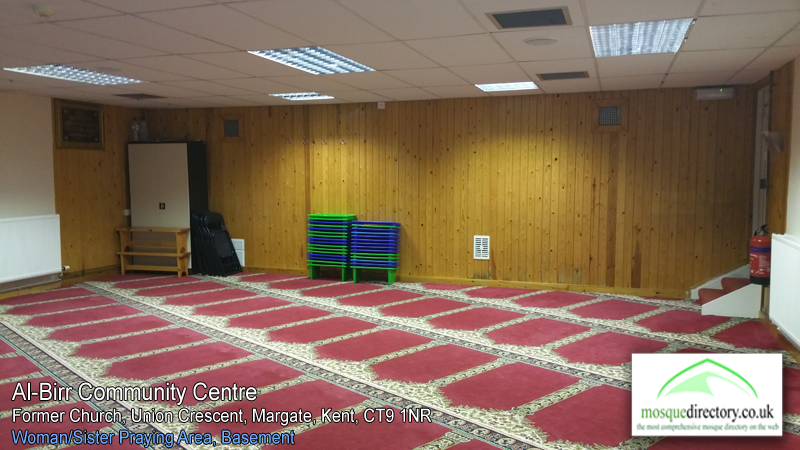 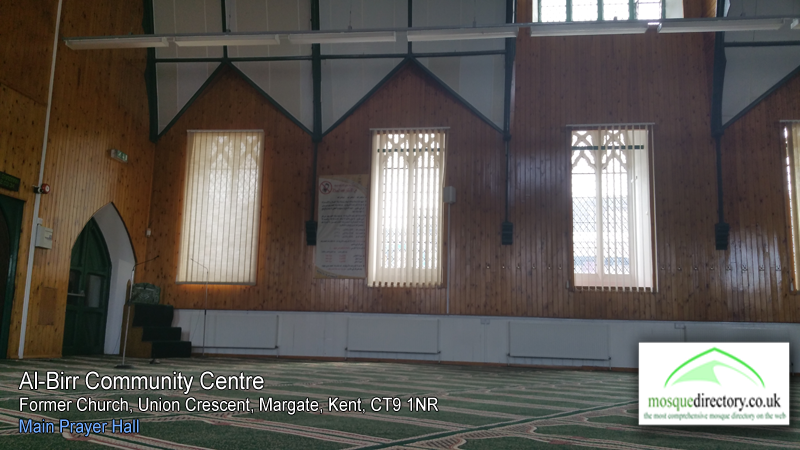 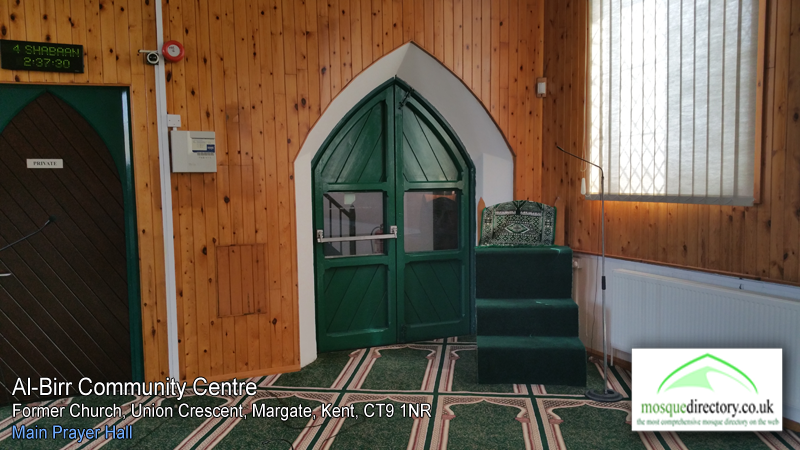 List of Railway Stations close to the Masjid/Mosque, within 5 miles radius

Margate, one of the first English seaside resorts, flourished in the C19 as a destination favoured by middle-class Londoners, particularly after the establishment of a regular steamer service from London in 1815 and to a lesser extent after the opening of Margate Sands railway station in 1846. The Kent Congregational Association visited Margate in 1843-4 and felt there was a need for a Congregationalist church in the town but deferred aspirations to build one at that time in order to avoid friction with the other denominations present.

In 1845 a number of members of the Zion Chapel of the Countess of Huntingdon's Connection, located on Victoria Road, left and decided to form a Congregational church which they originally set up in a house on Cecil Street. From here the congregation fitted up the former Bettison's Library on the same street as a chapel but by the late 1850s this was too small and plans were drawn up for a new church on Union Crescent. A drawing of the proposed church was published in The Builder in December 1858. Building started on 23 January 1860 and was completed on 7 September the same year at a cost of Ł3,400.

The church was originally designed without a gallery but it was decided that one was necessary for the increased attendance during the summer season in this seaside town. It had also originally been planned to include a Sunday school beneath the church but this plan was dropped when the local council withheld consent unless the floor of the church was raised, which would have proved too costly. A Sunday school (now a Union church) on the east side of Pump Lane was eventually built in 1872 probably also designed by Poulton and Woodman (this is not included in the designation). After the church closed it was converted to a gymnastic club and the interior altered. In 2003 it converted for use as a mosque.

In Islam muslims are required to prayer five times a day, each prayer can be measured in units and every prayer comrpomised with different set of units depending on the time of prayer, click here to learn more about how we calculate the prayer times for the masjids